The Future of Universities

The eleventh set of articles from The Future of Universities Thoughtbook | Universities During Times of Crisis introduces Vice-Chancellor and President of Swinburne University of Technology, Pascale Quester; Chief Executive of The Group of Eight (Go8), Vicki Thomson; and Vice Chancellor of the National University of Educational Planning and Administration in New Delhi, N.V. Varghese.

In her article ‘IMAGINE the indispensable University’, Pascale Quester imagines the university as a future maker that is ‘universally recognised as valued and indispensable parts of society’. The university has the ability and obligation to become a catalyst of innovation, as it draws on its unique ability to combine ‘nation-building blocks of innovation, entrepreneurship, and human skills’ to positively shape the future.

In her article ‘Universities – Integral to Reshaping Society’, Vicki Thomson promotes the need for society to change and universities and research funding mechanisms to change with it. She imagines a golden age when universities would be accepted as the assets they are, rather than as burdens of costs.

In his article ‘Universities, Knowledge Production and the Future of Learning’, N.V. Varghese supposes that universities will remain the major sources of knowledge production. He emphasises the need for the future universities to develop the capacity to offer flexible pathways to learning that are modular and tailored to learners’ needs. 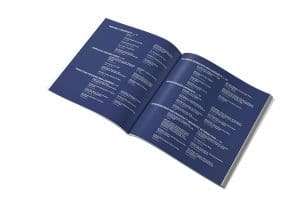